Though I grew up watching baseball, I don’t recall living long under the impression that the players I most admired were admirable people. That notion was dispensed with in the early ‘90s, when certain Pirates who shall remain nameless (Carlos Garcia, Bobby Bonilla, Barry Bonds) completely blew off a young fan hoping to get their names on a ball.

After that, it didn’t take long to figure out which guys were straight up assholes. It was as visible through their body language during batting practice and games as it was when they’d walk by a crowd of fewer than five kids who’d waited outside Three Rivers Stadium for more than an hour after a game on a school night, just hoping to get a little attention from someone whose livelihood was to play the game those kids loved so unconditionally.

It’s what led me to love players like Jay Bell and Jack Wilson, who on top of being exciting shortstops, brought a sense of humility, enthusiasm, and gratitude for the improbable status they’d achieved as professional ballplayers.

While those two were the guys I went to watch — they played for my team — nobody exemplified those qualities more than Tony Gwynn. Gwynn died this week at 54 following a lengthy battle with cancer.

Around the time I discovered that ESPN was a thing, and that athletes who played on teams in cities all across North America were accessible via Channel 72, nothing made me happier than seeing an interview with Tony Gwynn.

As fifth- and sixth-grader who, in successive years, dressed up as Mickey Cochrane and Lefty Grove for Halloween, Tony Gwynn was someone to whom I could relate. Here was someone who loved the game as much as I did — as much as anyone possibly could — and whose appreciation for that game shone through with everything he said and did. Tony Gwynn didn’t wear his love for baseball on his sleeve; he draped himself in it. If he’d ever tried to hide that love, he’d have been the world’s worst liar.

In 1997, someone at ESPN had a great idea: to sit Gwynn down with Ted Williams and turn it into a SportsCenter segment. The two already had something of a casual friendship, and the ensuing conversation, which I watched at least a dozen times the week it aired, was pure gold.
The audio is still out there on the Internet — I’ve listened to it a few times over the course of the last week — but the video was priceless. Gwynn, with his round face, wide smile and perfect teeth, answering a question Williams asked about his playing weight still rings in my ears fresh as the first time I heard it.

When Gwynn’s Padres played the New York Yankees in the 1998 World Series, I vividly remember watching the fourth and final game in my grandparents’ living room. My grandmother, a Brooklyn native who probably didn’t give much of a shit, was rooting for the Yankees. Everyone in the room was, and as an uncomfortable 15-year-old, I kept my mouth shut. But I felt terrible for the Padres, Gwynn in particular. Not only did I want a more competitive series, I wanted Gwynn to prevail.

As a player, Tony Gwynn was a complete anomaly, a throwback to the turn of the 20th century, when high averages were more common among great players and home runs less so. A casual review of his career numbers shows a .338 batting average, a .388 on-base percentage, and a .459 slugging percentage. What makes those numbers truly amazing are his strikeout and walk numbers. Tony Gwynn didn’t walk much — he took free passes in just 7.7 percent of his plate appearances. But he only struck out 4.2 percent of the time he approached the plate. The other 88.1 percent of the time Tony Gwynn went to bat, he put the ball in play.

Batting average on balls in play (BABIP) should normally sit around .300 for all players. Anything outside of five points in either direction is considered luck. But thanks to a hand-eye coordination that was nearly super-human, Gwynn had an inexplicable ability to place batted balls outside the defense’s reach. Through 20 Major League seasons, he never finished with a BABIP lower than .303, and his career mark rounded out to .341.

To those who embrace the new wave of sabermetric statistics, that’s unbelievable — most hitters should wind up around .300. But Tony Gwynn wasn’t most hitters. He took advantage of his superb coordination by using a bat that was shorter and lighter than the bats of what’s now become known as baseball’s Steroid Era. He slapped pitches to all fields, content to take singles and doubles at a time when more popular players injected themselves with all manner of substances to maximize their home run totals.

He finished his career with a paltry 135 home runs. But he also 3,141 hits in 10,232 plate appearances, walking 790 times and striking out just 434 times. This man approached the plate more than 10,000 times between 1982 and 2001, but only managed to strike out 434 times. That’s an uncanny statistic. He never struck out more than 40 times in a full season of play. Pedro Alvarez does that in any given three-game series against Milwaukee. Gwynn’s career average against Greg Maddux, a Hall of Famer who’s widely considered the best National League pitcher of their mutual generation, was .411. Tony Gwynn could hit anyone.

Players like this don’t exist in baseball today. Hell, they didn’t even exist when Gwynn was playing. And with the advent of batted-ball tracking and defensive shifts, the odds are decidedly against a player like this ever existing again, but that’s not even really the point.

Tony Gwynn loved baseball the same way that people who stuck it out for 21 years of Pirates ignominy love baseball. Not only did he appreciate every minute of it, he made sure that those around him felt every last bit of the joy he did.

I never had the opportunity to meet Tony Gwynn, but in a lot of ways, I feel like that doesn’t really matter. His talent was exceptional, his enthusiasm infectious, his love for the game unimpeachable, and his character, by all accounts, every bit as genuine as even the most innocent, naïve fans would picture.

When someone like this dies, they never really leave — they remain omnipresent in the best of ways. You still hear their laugh, you know what they’d say if confronted with a particular dilemma, and while you miss them, you’ll never feel as if they’re truly gone, like that aunt or grandmother or cousin who departed this world too soon. It’s almost as if their attitude ingrains itself in your psyche. That’s not the mark of a great player, but a great person. And that’s the kind of thing that stays with you forever. 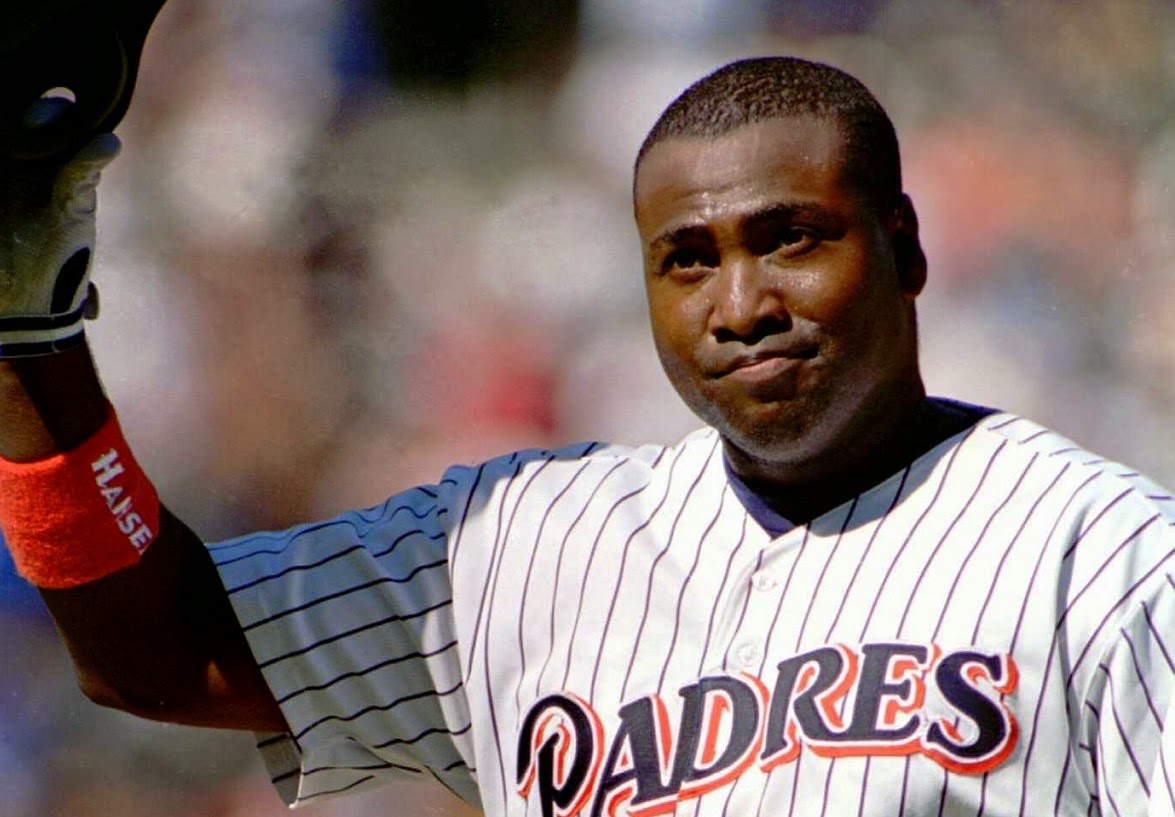