What do these guys have in common? 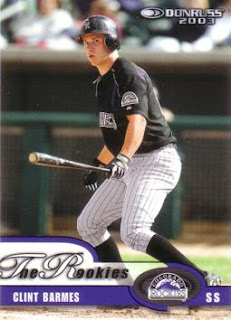 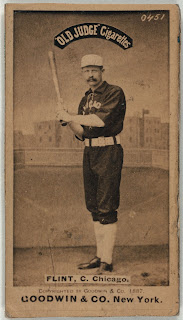 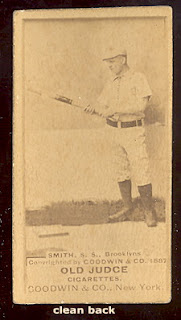 Just for fun, I decided to look up the worst offensive seasons in baseball history...

...we see a bunch of guys from the 1884 Brewers on the list. Their wRC+ must be out of whack since they were a replacement team and only played 12 games in the only season of the Union Association league. Then we see a bunch of guys who were born before the Civil War. And then there's Clint Barmes.

Baseball in the 19th century was much different than it is today. For example, power hitter George Hall finished 2nd in the league with 4 homers in 1875. That same year, 2nd baseman Paul Hines committed 10 errors in one game for the Chicago White Stockings! In 1884, the National League decided to reduce the number of balls required for a walk. To six!

The point is, Clint Barmes is so offensively deficient this year that the only guys in his ballpark are Jim Levey from 1933 and a bunch of guys who essentially played a different game. The few guys on the list with a decent number of plate appearances are Levey, John Murphy (1884), and Germany Smith (1897).

It's unlikely that Barmes will continue to be this historically bad. He'll probably hit a hot streak that will raise him up from one of the worst ever to merely one of the worst in franchise history. But I'm kind of hoping he makes history. It will give us something to get excited about when we're 20 games below .500.
Posted by Nilesh at 12:17 AM

Labels: baseball, failure, Pirates, things having nothing to do with randy moss