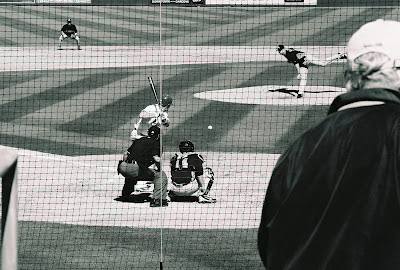 BASEBALL!
As FTC's field correspondent, I can confirm that it is being practiced and prepared for you right now. Just another month, folks. It's coming.

Also, some great news for which you didn't need a field correspondent: 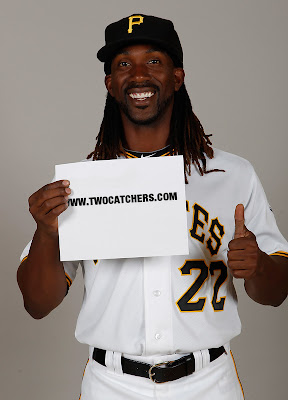 CUTCH!
That's right. Reports of his contract extension are tremendous news. Not only do we have the cornerstone player of the franchise locked up through his prime years, but we have a new reason to trust Huntington. He's been telling us to be patient, that he'd get the money from ownership when the right guy came along. The right guy came along, and Uncle Neal made some magic happen.

How magical is it?

Pretty darn magical. Look at this and assume the guaranteed money is evenly distributed over the first six years (it's probably not):

So yeah, we don't have to play any games in negotiating year-to-year extensions via arbitration, and we don't have to watch him leave us in the middle of his prime. Meanwhile, he's getting guaranteed money and will still be able to strike it crazy rich at age 32, should he want to hit free agency and go into his decline years for a big market team. It is a totally fair contract, and makes cutting Hines Ward worth it.

The franchise's best players are super young pitchers, who are all in the low minor leagues. We also have a stud outfield prospect named Josh Bell, and a franchise catcher in Tony Sanchez. In the majors: Jose Tabata could still become a very good ballplayer, Pedro Alvarez is anyone's guess, and Chris Leroux has breakout potential as a pitcher. Outside of those guys and McCutchen, no one else is remarkable. Neil Walker is good, but doesn't have a long, distinguished career in him. J-Mac and Morton have good stuff, but they're becoming too old to be considered projects anymore; more like lightning in the bottle when they work. Hanrahan was super exciting last year, but relievers are all replaceable.

The point is this: the 2015-2017 window is very, very bright. It is incredibly good news that it will be anchored by Cutch, and that we'll get to see him develop into a hell of a ballplayer between now and then.


Posted by FRANCOfranco at 8:29 PM