So, the Jets have decided they're done with the trash talking and wrestling promos, and that their big psychological ploy for this week is to love the Steelers to death. The Steelers, class gents that they are, are returning the throwing of flowers, and everyone's happy.

I was really looking forward to a week of sheer trash talking insanity. Rex going insane, Tomlin countering with sheer defiant intensity. Them talking about mutual respect and appreciation is, frankly, a boring disappointment. So we submit to you, from the FTC alternate reality department, a glimpse at how some of this week was supposed to go, before everyone had to get all nice.

The scene: Press conference room, Pittsburgh, Tuesday morning
[Enter Rex Ryan]
Rex: I'd like to start by saying that a lot of people told me there would be fat men in Pittsburgh, and I'm quite frankly unimpressed. I'm taking it personally

Rex: I said it's personal. This area is all about frying things and fattening foods, and I'm still the biggest guy in the bar most of the time. What's that about? You think you're all so special, putting french fries on salads and in sandwiches... that's not special. Make a sandwich out of french fries, with another sandwich as the meat, and then I'll be impressed.

Reporter: How is that personal?

Rex: This is personal between me and Casey Hampton.

Reporter: That doesn't make any sense.

Rex: His nickname is "snacks," and frankly I don't think he deserves that nickname. I want it, for one thing, but the real reason is I just don't like Pittsburgh, and I'm blaming Casey Hampton. So I'm going to eat his lunch.

Reporter: So you're going to scheme to run right at the nose tackle.

Rex: No, I mean I am quite literally going to eat his lunch. We have hired Josh McDaniels for the week to find out how to get us into their locker room and procure the edible contents of Casey Hampton's locker, which I have reason to believe will be myriad and delicious. My players will infiltrate their defenses. You think you get to be the Steelers without stealing anything? We're gonna be the stealers. And we're gonna take your snacks. We'll have all the nicknames, and then we're gonna dance. 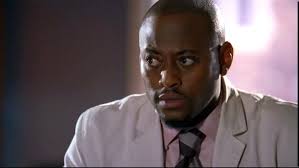 Tomlin: So I hear you all don't think I can win this week. You think we need an o-line.

Tomlin: I don't care about the prognosticators, but I know you all think I can't win without an offensive line, don't you.

Reporter: Well, I think it's fair to ask if an injury-ravaged o-line might be a problem-

Tomlin: So you think we're dead, is that it? You think you can write us off? You think I can't win? We're the motherfucking Steelers. Who needs an o-line? Just to prove it, I won't even dress one.

Reporter: Well, you have to have-

Tomlin: No you do not! We'll win without an o-line.  Franco Harris didn't need an o-line.

Franco Harris: Yes I did.

Reporter: It's just that if Roethlisberger is under constant pressure-

Tomlin: Fuck Ben Roethlisberger. Ben won't be under pressure, you know why? Ben's not going to play quarterback. He's going to punt.

Reporter: But you just said you won't have an o-line.

Tomlin: He'll be in the shotgun.

Reporter: A tackle at shotgun? What number would he--

Reporter: That's not a number.

Tomlin: It's the square root of negative one, which you would know if you weren't so busy saying we were dead.

Reporter: Coach, Rex Ryan said his players are going to ignore rules, break into your locker room and--

Tomlin: Rex has players. I don't need players. I have men. Rex is like all of you; he thinks football is played by players with feet and balls and rules. I don't believe in that. We play Manball. Manball is played in the mind, by men. We don't need schemes, we need fundamentals. And we'll have them.