Hello, Smizik.
I see you want us blogging again.  I see our little hiatus has upset you.  Why else would you bait us with this.

Dejan Kovacevic weighs in with an excellent piece in the Post-Gazette today on the pros and cons of the Pirates signing Dominican Republic phenom Miguel Angel Sano, whose asking price is said to be about $4 million.

This is what Littlefield would do.  This is not at all what Huntington is doing.  I can go on, but I think the point is obvious.  One guy flushed millions of dollars down the toilet, another guy wants to buy a bunch of scratch-n-win cards.  Both could lose out, but only one is in a position to win.
SpinMove has already written your paper a letter.  Please don't make him have to write a second one-- we're running out of FTC stationary.
Posted by FRANCOfranco at 5:27 PM No comments:

Hossa to Foote: "Learn from my mistake"

Speaking out for the first time since Detroit's game seven loss in the Stanley Cup Finals, forward Marian Hossa had words of advice for former Steelers linebacker, Larry Foote.

"Don't go to Detroit, I told him. As someone coming in expecting a championship, I was sorely mistaken. He may not get one either, and I just don't want him to make the same mistake."

Foote-- who earlier this off-season asked for his release from the Steelers only to sign for less with the Lions-- was unavailable for comment.
Posted by FRANCOfranco at 9:12 AM No comments:

Sometimes the PG is wrong

Last Friday, the Post-Gazette published this on its editorial page:

The team should make it official. It's time to change their name to the Pittsburgh Prospects.

That's how it feels little more than a day after All-Star, Gold Glove center fielder Nate McLouth was traded for three minor-leaguers.

The team's latest home run and RBI leader was dispatched to Atlanta after management signed him to a three-year, $15.75 million contract in February and team President Frank Coonelly declared him one of the Pirates' three core players. The Nutting ownership's latest salary dump comes two months into this year's schedule and four months before the Pirates, after 17 straight losing seasons, will claim the distinction of losingest franchise in pro sports history.

You can now be sure of that.

Front-office apologists will defend the trade by pointing to Mr. McLouth's .256 average and his replacement in the field by farm-system talent Andrew McCutchen (who was 2-for-4 in his PNC Park debut yesterday).

But this affront to the fans hurt because of more than numbers.

"The long-term commitments we have made to core players developed here, both this year and last year, reflect our commitment to build a strong core from within our system," Mr. Coonelly said four months ago. "Ryan, Paul and Nate all dedicated themselves to becoming championship-caliber players, and all three demonstrated a strong desire to play integral roles in this organization's turnaround."

That assurance rings hollow and the McLouth trade breaks faith with the fans, who were the lead partner in building for this team one of America's most beautiful ballparks. Eight years later the talent on the field has yet to measure up, while each successive Pirates executive says only the same thing: next year, next year, next year.

You don't build a contender with a revolving door. You don't put a face on a team with players who are here one year and gone the next.

It's time Pittsburgh baseball had ownership worthy of the game. Mark Cuban, where are you?

Given the quality and depth of the PG's baseball coverage, as well as the Coonelly/Huntington administration's clear use of a calculated methodology in devising a concrete plan to rebuild the organization, I found this totally infuriating. And so I've written to the PG editorial board to express my displeasure. The first draft of the letter came out to 574 words, complete with mixed metaphors and misspellings, as I authored it while exhausted and slightly intoxicated. But for whatever reason, I got an e-mail back from one of their editorial page copy editors today, asking me to cut it down to 250 words or less and send it back. So I think that means they want to publish it, yeah?

Here's what I'm sending them now. It clocks in at 264 words:

To casual baseball fans, there’s little positive to be found in the Pittsburgh Pirates. The club has lost for so long that even its most devoted fans annually question their allegiance.

The Post-Gazette treats those remaining to something oddly special: its baseball coverage is without a peer among major league cities’ newspapers — a reward for those who’ve stuck with the Bucs throughout record-setting futility. The print and Internet reporting do a masterful job mapping the intricacies of how the organization works.

That said, it was shocking to see a PG editorial slam the club’s trade of Nate McLouth, labeling it "ownership's latest salary dump," and adding that “front-office apologists" would defend the move by pointing to McLouth’s lackluster batting average and the readiness of prospect Andrew McCutchen.

Without judging the trade, it's clear to this reader that the PG's editorial board doesn't read its own baseball coverage.

The three-year contract McLouth signed in February precludes this from being a salary dump, and no intelligent baseball fan would simply cite McLouth's current batting average or replacement as justification for the trade. The facts as reported in the PG’s coverage reveal a calculated methodology behind the club’s decision to deal McLouth, and they point to a notion that unlike his two immediate predecessors, General Manager Neal Huntington has a plan to rebuild the organization.

Nobody is asking fans to like this trade, but if you're going to disagree with it, disagree for legitimate, factual reasons rather than uninformed bitterness, and give Huntington a chance to make it work. After all, we've very little left to lose.

There's certainly very little positive that any casual baseball fan might have to say about the Pittsburgh Pirates. In a general overview, the organization is commonly thought of for long-gone greatness, long-current futility and a fielded product unworthy of so stately a home as PNC Park. The losing has gone on for so long that even the most devoted in the fan base seem to annually question their allegiance to the club.

But those who remain are treated to something oddly special: the Post-Gazette's Pirates coverage -- led by Dejan Kovacevic with help from Chuck Finder -- is without a peer among newspapers in major league cities -- a nice reward for those fans who love baseball enough to stick with the team as it closes in on its 17th straight losing season. If you still follow the Pirates, chances are that you love baseball enough to care about more than just the big league club's win-loss record. Knowing this, Kovacevic and Finder write the PBC Blog, and do a masterful job of covering all the ins and outs of the game from the big-league club and the intricacies of the coaching philosophy to the very smallest nuts-and-bolts details of how MLB organizations, specifically Pittsburgh's, operate.

That said, it was shocking to see the Post-Gazette's editorial board, in last Friday's edition, slam the Pirates' trade of center fielder Nate McLouth to Atlanta in the manner it did. The printed editorial panned the deal as "ownership's latest salary dump" and an "affront to the fans..."

Without judging the trade either way, it's clear to this reader that the PG's editorial board doesn't read its own baseball coverage.

"Front-office apologists will defend the trade by pointing to Mr. McLouth's .256 average and his replacement in the field by farm-system talent Andrew McCutchen."

First of all, the three-year extension McLouth signed with the club not three months ago all but guarantees that this move was not motivated by money. Additionally, no intelligent baseball fan would simply cite McLouth's current batting average or replacement as motivation or justification for this trade, and a cursory review of Kovacevic's reporting on the deal reveals a great deal of insight as to why General Manager Neal Huntington pulled the trigger (not the least of which includes evidence of a consistent organizational philosophy and a plethora of complicated, telling statistics).

It's unfair for Huntington and team President Frank Coonelly, who haven't even controlled the club for two full years, to be judged by same stick and for the same failures as the Cam Bonifay and Dave Littlefield administrations, just as it would be unfair to hold President Obama accountable for mistakes made by Presidents Bush and Clinton.

In their brief tenures, Coonelly and Huntington have demonstrated a calculated methodology centered around investing more heavily in the farm system than their predecessors, stockpiling power arms and utilizing the newest and most accurate methods of player evaluation available. The facts as reported by the PG all point to the notion that, unlike their last two predecessors, these guys have a plan.

No one, not even anyone in the Pirates' front office, is asking fans to like this trade. But if you're going to disagree with it, disagree for reasons with legitimate factual bases rather than hersey and bitterness. And at the very least, give the men with the plan a chance to make it work. At this point, we've very little left to lose.

To Nate the Great

We obviously need to do one of these, because nothing else is working.
Sid: 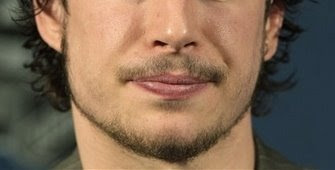 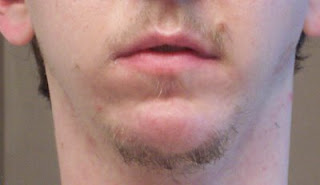 So, as the world can plainly see, sometime after game four in the Washington series, my follicles packed it in, and pretty much handed Crosby an easy victory.
Congrats, Sid.  You win.
Now go take two on home ice or else you're fired!
p.s.  Thoughts on the Malkin fight, anyone?  I'm in favor.  Comment away.
Posted by FRANCOfranco at 10:44 AM No comments: