Now is the New In a Few Minutes

I'm currently 1 minute and 23 seconds through my fourth attempt to sit through an entire segment of "Who's Now" on ESPN's SportsCenter. Tonight, we bounced back to the Billie Jean King region (I... OK, whatever. I guess if classic sports heroes were regions, Billie Jean King would just as easily be one as anyone else. But make sure to check back later when I'll answer that question with a six-round, tournament-style bracket called "Who's More Region.")

Our expert panelists are Mike Greenberg, who looks like he's dressed to go clubbing in 2002, Adam Sandler, who looks like an aids-addled junkie, and That Guy from That Show with Leah Rimini. He looks like the future of most of ESPN's audience, but with more money. I won't waste any time extrapolating on the credentials of our expert panelists; their contributions to nowness are indisputable: Sandler is a B-list celebrity who hasn't made a funny move since The One where Bob Barker Kicked His Ass, Kevin James is a Q-list celebrity who has never made a funny movie, and Greeney is one of the two remaining ESPN personalities that anyone likes. Some would argue that Sandler is really a little bit more 1997 than strictly now now, but I think his nowness then may make him a sort-of hall-of-famer of now.

Anyway, here's how this proceeds:

Not that there's a tremendous amount of variation with panelists. Here's every installment of "Who's Now:"

Stu: "How now is [Big Star]?"
Panelist: "So now."
Other panelist: "Nower than a bag of chips."
::laughter::
Stu: "But [OTHER Big Star] is HOLLA ATCHABOOOI now"
Panelist: "Yeah, he is better looking."
Other panelist: "Plus he hangs out with Paris Hilton. And he was in [ESPN-Owned Property], which is now times infinity because ESPN is the nowest shit since now was the future."

Then 150,000 people who don't know the names of their own senators vote 2-1 in favor of the one who plays football or basketball.

Of course, nothing is nower than "Who's Now" itself. It encapsulates everything you need to know about ESPN: blithe star worship, product cross-promotion, second-rate celebrities, and Stu Scott looking at you and his interview at the same time.

Actually, check that. Nothing was more now at ESPN than the opening to the ESPYs: As LeBron James took the stage in front of everyone who has anything to do with sports, Jimmy Kimmell (who has a new show on ABC) got down on one knee and kissed his ring finger. Even though there are no rings on it.

Maybe he was kissing his now finger.

-Is it just me, or is the NBA the only professional sports league in America whose refs can get caught gambling on the games they themselves officiate and your only reaction is to roll your eyes and say "that's so like them."

- They took my NFL Network away today. Comcast has a special system in place to make sure that when irked men call to angrily ask why they've taken away NFL Network, you're directed to the internet, where you can order the Sports Entertainment package without screaming at someone. I don't know which titanic binge-profiting company pisses me off more between the NFL and Comcast but... oh, Comcast... I JUST CAN'T QUIT YOU.

- I watched "Flashdance." It's 1983's "Coyote Ugly," but takes place in - and was shot in - the city of Pittsburgh. There is no place more depressing in America than Pittsburgh was in the early 80s. Except maybe Buffalo now. Only a minor amount of boobie, and none of it belonging to the magnificent Jennifer Beals. Among the radical misrepresentations of the city of Pittsburgh: everyone's inexplicable New Jersey accents, the presence of steelworkers, the presence of attractive strippers, the presence of more than one strip club, the presence of people over the age of 20 and under the age of 35, the civility of bar patrons, not a kielbasa to be seen for 90 minutes. Also noteworthy: I'm not exaggerating when I say that there is literally no discernible plot.
Posted by Kill Your Face 5000 at 12:34 AM 1 comment:

We Will...make you want to gouge out your own eyes with a dull spoon

Logical response: None, whatsoever. Jack Wilson is a defensively sound shortstop. Like any fielder, he's going to make an error from time to time. This happens. But you can't accuse him of not wanting to catch the ball, as he's easily the only guy on the team who hustles with any regularity. He hustles because he enjoys playing baseball and, presumably, cares about winning. He's been a vocal team leader, and inexplicably enjoys playing for the Pirates. It's not Jack Wilson's fault the team is awful, and it's not like he's constantly dropping popups. Don't say anything, and just move on.

Pirates' response: Pitching coach Jim Colborn picked a fight with Wilson in the dugout, and the two got into a shouting match, despite the fact that it's absolutely none of Colborn's damn business, since he's the pitching coach (it's worth adding that Pirates TV broadcasts constantly show Colborn jawing at home plate umpires, arguing balls and strikes. No description I have ever heard of Jim Colborn has lead me to believe he's anything other than a pompous bafoon. Also worth noting is the fact that the Pirates' team ERA has risen from 4.42 to 4.60 during his tenure, and that every pitcher whose mechanics he's ever toyed with has gone on to become demonstrably worse and, eventually, severely injured).

Situation: Jack Wilson and pitching coach Jim Colborn get into a fight in the dugout.

Logical response: Colborn is fired, and his lackey, Jim Tracy, is out as manager at the end of the season. Jack Wilson isn't in charge of the team, but Colborn was tremendously out of line. More importantly, he's awful at his job. The logical choice to succeed Colborn is Pirates' minor league pitching coach Jeff Andrews -- a fabulous teacher and a great baseball mind. Andrews has the capability to be a fantastic big league pitching coach, and it'd be better he did it with the Pirates than not with the Pirates. 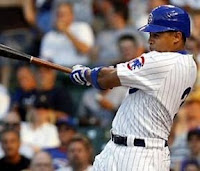 Pirates' response: Trade a player to be named to the Cubs for shortstop Cesar Izturis and cash considerations. Izturis is worse defensively than Jack Wilson, and worse offensively than Jack Wilson. How bad is Jack Wilson offensively? Opposing pitchers pitch to Jack Wilson with runners in scoring position, first base open and the pitcher on-deck. They do this, like, all the time. That's how bad Jack Wilson is offensively. Izturis is worse. Acquire Izturis and his $4.25 million salary (which makes him the second highest-paid player on the team), sending the message to Wilson that his leadership and positive attitude won't be tolerated. Then, begin shopping Wilson to an AL contender.

Some quick notes and stats on Izturis vs. Wilson, with some help from the FTC Sabermetrics Department's own Timmy the Geek: